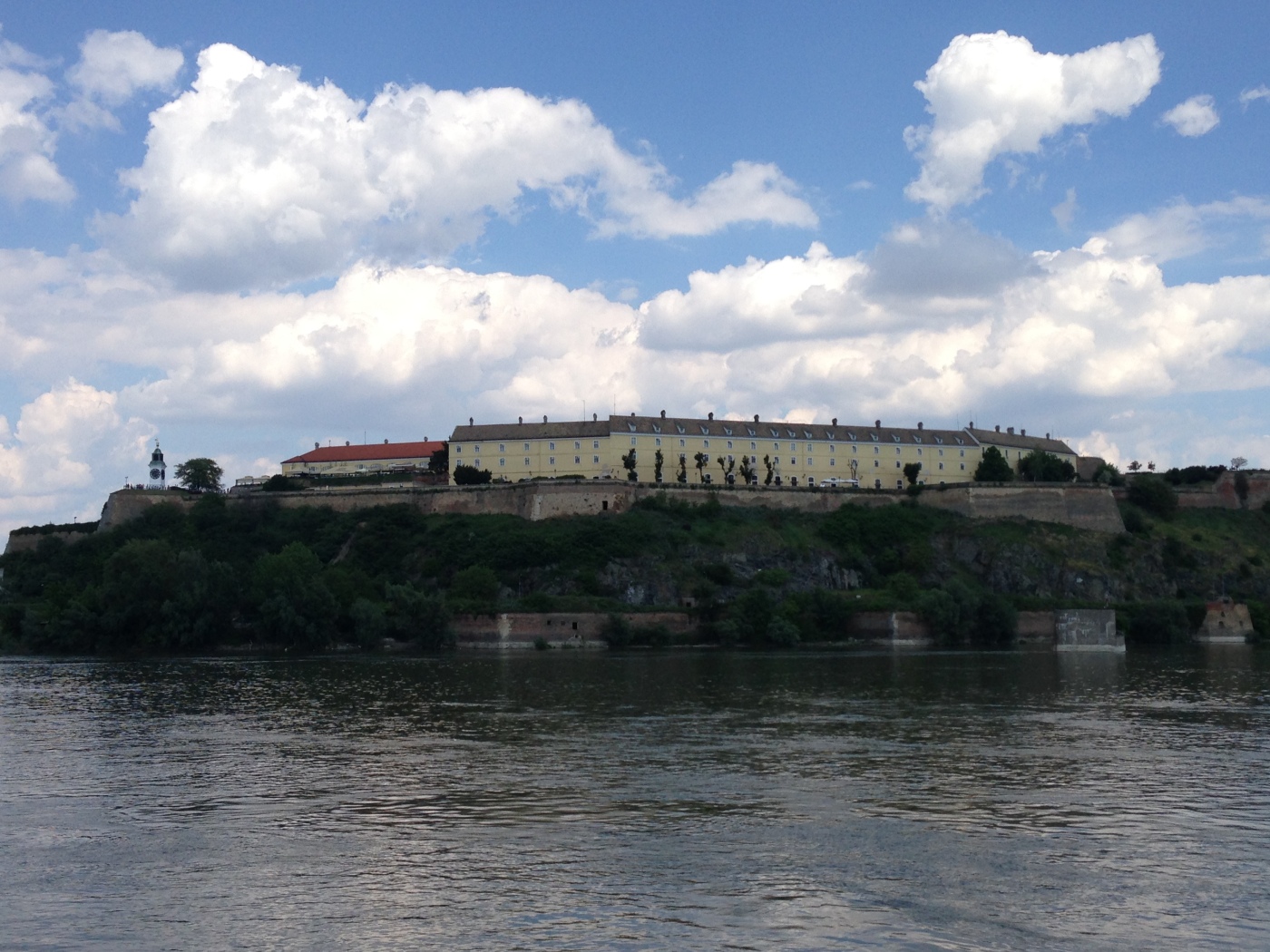 It was a beautiful day when I woke up so I went out and got a smoothie and relaxed in the square in between St. Mary’s Church and City Hall for a while and watched the workers get ready for the concert later that day. Then I decided to go try Ananda, a vegan restaurant that Trevor’s friend, Cory (thanks Trevor and Cory!), had recommended and that Mikaela had tried the day before and said it was good. It’s not in the center of town, but about a 20-minute walk towards the more industrial part of the city. The lady working there was very nice and helped translate the menu for me. She recommended the broccoli cream soup and the falafels so that’s what I got. Since it was a pretty warm day, the soup wasn’t very satisfying, but it was tasty. The falafels were good as well, but very filling so I didn’t end up eating most of it. After lunch I walked to the Danube and along the way stumbled upon a dog park with a Berner so I stopped and watched the dogs play for a couple of minutes. It’s impossible not to enjoy dogs playing 😉 I continued onto the Danube and then walked along the nice path they have in place for about a mile or two back to the Old Town. The path is used by bikers, walkers, runner and roller skaters and there are a couple children’s playgrounds along the way and work-out playgrounds that both were in use. It was a really great walk made even better by the beautiful weather. Plus it provided amazing views of Petrovaradin fortress. 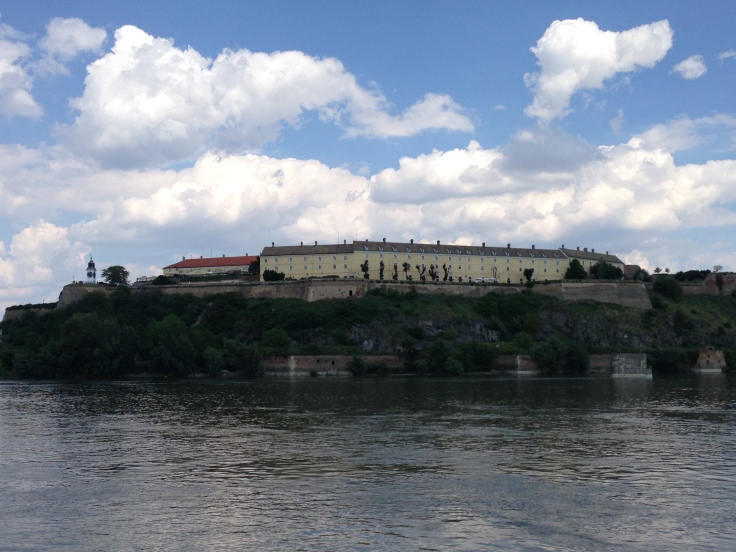 After my walk I headed back to the hostel to rest (the walk was exhausting 😉 and freshen up for the Victory Day celebration concert in the square. I’d heard variations of when it started ranging from 6pm to 9pm so around 6 I headed out to see what was going on and hopefully get some dinner before it got started. They seemed to still be setting up so I headed down the pedestrian street to find some dinner. I stopped at the place I had breakfast the other day and ended up getting pasta with olive oil, garlic, spinach and shrimp. It was delicious! At this point I could hear the music so I headed to the concert. Spoiler: the concert was SO MUCH FUN!

It had indeed started and the Reggae band was up first. Serbian Reggae music is quite fun to listen to, but the look is a lot like the Reggae you’d expect at home- the main singer had dreads and everyone was wearing green, red and yellow. I got a beer and then made my way into the crowd. I ended up finding Milos (fortress tour guide) during the Reggae set so I hung out with him and two of his friends for the rest of the evening, which made it a lot more fun! Milos introduced his friends as “the professor and his student” (the student, come to find out was also named Milos). Neither could speak English as well as Milos but they included me in their conversations as best they could, which was really nice of them. Milos explained to me what the artists were singing about and their background if he knew. Turns out the Reggae band is the oldest such band in Serbia and Milos had first seen them perform 15 years ago back in his hometown! He says they’re his favorite band. The Reggae band played for about an hour and then there was a 20-minute break while they set up for the next set- a rapper. During the break the screen on the stage was promoting Exit Festival- a 5-day music festival that takes place in Petrovaradin Fortress, which is pretty cool. It’s one of the largest in Europe and attracts thousands of tourists to Novi Sad every July. This year Ellie Goulding, David Guetta and Bastille are headlining and there is a mix of international and local bands as well.

After the break, the rapper came on and people seemed to really enjoy him. Everyone was singing/rapping along and dancing. After they performed for about an hour there was another 20-minute break and then a popular Croatian rock band performed. They were very popular with the crowd! At the end of the concert, around 1am, the Milos’ walked me back to my hostel.

Overall, the concert was an amazing experience! It was cool to get a sneak peek into the lives of Novi Sadians (?) through this annual celebration.  There was a really diverse crowd- young children with their parents to grandparents and everyone in-between. Everyone was having a great time and there was no pushing and shoving in the crowd (which took up the whole square and then some!). You could buy beer freely or bring in your own, but no one seemed rowdy or inappropriate. Everyone was just there to have a good time and enjoy the music. The US Government (when I registered my trip to Serbia) did warn against anti-American sentiment, especially among crowds in festivals, and as Victory Day is a celebration of the end of WWII, it could have been awkward to be an American and speaking English to Milos and his friends, but no one seemed to mind (least of all Milos and his friends) so that was a pleasant surprise.